Find Fast Savings in Half the Time

Are you struggling to hit your yearend targets and need to quickly capture additional savings? Or maybe you are dealing with a recent reimbursement policy change that is negatively impacting your revenue. Either way, using the ISN direct negotiation program could help you uncover and realize those savings in as little as six to eight weeks and help you rapidly relieve these pressures.

ISN stands for Incumbent Service Negotiation and is an ideal option for when you are running against a timeline and need to rapidly uncover money to keep your budget on track and avoid potential layoffs. The ISN is also perfect for scenarios where you might otherwise think a sourcing initiative isn’t doable. Further, realizing savings under the ISN approach will occur much more quickly than a traditional RFP, you may not even have to involve Legal! 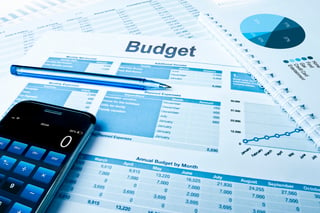 ISN’s are effective because they were specifically designed to address areas of spend where an RFP is not a viable strategy (with the added benefit of being able to achieve savings much faster than an RFP). Savings via an RFP are attainable (if an RFP is done correctly), but when an RFP is no longer an option, many organizations simply move on to the next spend area to try to unlock potential savings. You can’t dismiss these spend areas just because a key stakeholder refuses to consider alternative options or because your contract has limitations preventing you from going out to market. There is a way!

We can’t deny that roadblocks pop up all the time in a sourcing initiative. Most of us have been in situations before where key stakeholders are vested in using a particular supplier and refuse to even consider alternative options. Your suppliers know this too, so some may see this as a lost cause to try and negotiate better prices. Or maybe you simply don’t have enough internal resources to take on another category, especially one where it seems you won’t get any traction.

What if your contract doesn’t expire for two more years; you can’t find savings there, right? Wrong. I have encountered these types of situations many times where the stakeholders refuse to budge, resources are scarce, or contracts are not near their term; however, in my experience, there are ways to effectively navigate these negotiations resulting in larger than expected cost savings.

Let’s explore how we can creatively address these roadblocks, uncover savings, and realize those savings faster than a traditional RFP by sharing a recent Medpricer sourcing success in the category of reference lab testing. 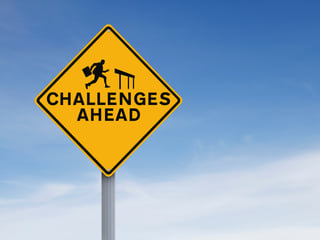 One of our clients, we’ll refer to as ABC Health System (ABC) had a preferred stakeholder relationship with an incumbent who represented 50% of the organization’s market-share, and there was a strong preference to maintain business with this incumbent. They had secondary relationships with lots of smaller testing labs as well to do the more esoteric testing. ABC would not consider an RFP because the stakeholder’s relationship with the preferred Supplier was just that strong, and the Supplier was doing a good job. Keep in mind that just because they are doing a good job, doesn’t mean they are doing it at a fair and competitive price.

ABC decided to try the ISN approach to achieve quick results in a category that couldn’t go to RFP.  This primary incumbent was not offering competitive rates, which may have had something to do with the fact that they knew they were the preferred supplier. ABC used the ISN program to work with their existing supplier and give them the first crack at keeping the business (and gaining some more along the way) without having to go through a competitive bid process.

The ISN was managed by Medpricer, whereby Medpricer provided all heavy lifting related to the negotiations including the collection of detailed test information and usage history, stakeholder review to enhance current service levels, and development of negotiation strategies to best fit the situation. There was no live negotiation; instead ABC went through multiple rounds of bidding. Using a third party like Medpricer to coordinate negotiations with a preferred incumbent only, ABC avoided internal angst and political issues and freed up their supply chain team so they could focus their time on other supply chain activities (like vendor management, inventory management, and other strategic sourcing projects).

Medpricer analyzed the current state of ABC’s overall outsourced reference lab testing services and used this historical information to provide recommendations on how to maximize the savings opportunities with their preferred supplier.

Ultimately, for the ISN to work best, ABC had to set the right expectations at the very beginning of the process. This involved:

Be willing to grant additional value to the preferred supplier, to maximize savings opportunities.

During the process, Medpricer also worked with the laboratory director at ABC to help her understand the additional opportunity to standardize suppliers. In the initial evaluations, we learned that out of the other 50% of testing not being conducted by their preferred Incumbent, 80% of those tests could be performed by the preferred incumbent.  By offering these tests as additional value, the preferred Incumbent was able to reduce costs on current tests they perform and the additional tests they were awarded (that was currently being done by their competitors). As an additional protective measure, Medpricer developed key language that was used to protect ABC in the case where those newly awarded tests were not being performed at a high enough quality, at a fast enough pace, ABC would reserve the right to revert those tests back to the previous provider. This was an added level of flexibility that the Laboratory Director did not previously have. 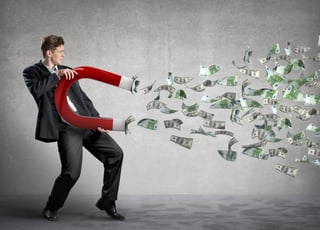 The results? ABC was able to get to a new contract faster, with minimal internal resource requirements, and ultimately attain a quick 30% in savings. And they were able to do this in less than eight weeks. There wasn’t even an exhaustive legal component to executing the new rates, ABC and preferred Incumbent only needed to sign a one page amendment to the existing contract that outlined the new rates and improved service levels.

The ISN approach truly creates a win/win scenario. You get cost savings that you previously thought didn’t exist, more quickly than an RFP and in exchange, you will offer creative ways to bring value to your incumbent such as:Offer additional business to preferred incumbent.

In summary, using the ISN process you can:

Generate bonus savings previously not possible due to contractual lock-ups.

The best part about this strategy is that you can accomplish all of this with minimal internal resources.

For more insights on how to optimize your Purchased Services spend for greater and faster savings, subscribe to our blog today.

To avoid a three to four month lag time and achieve faster savings within 6-8 weeks, call us at (888)453-4554. We can help you assess the best categories to consider that will provide the quickest and largest savings opportunities.